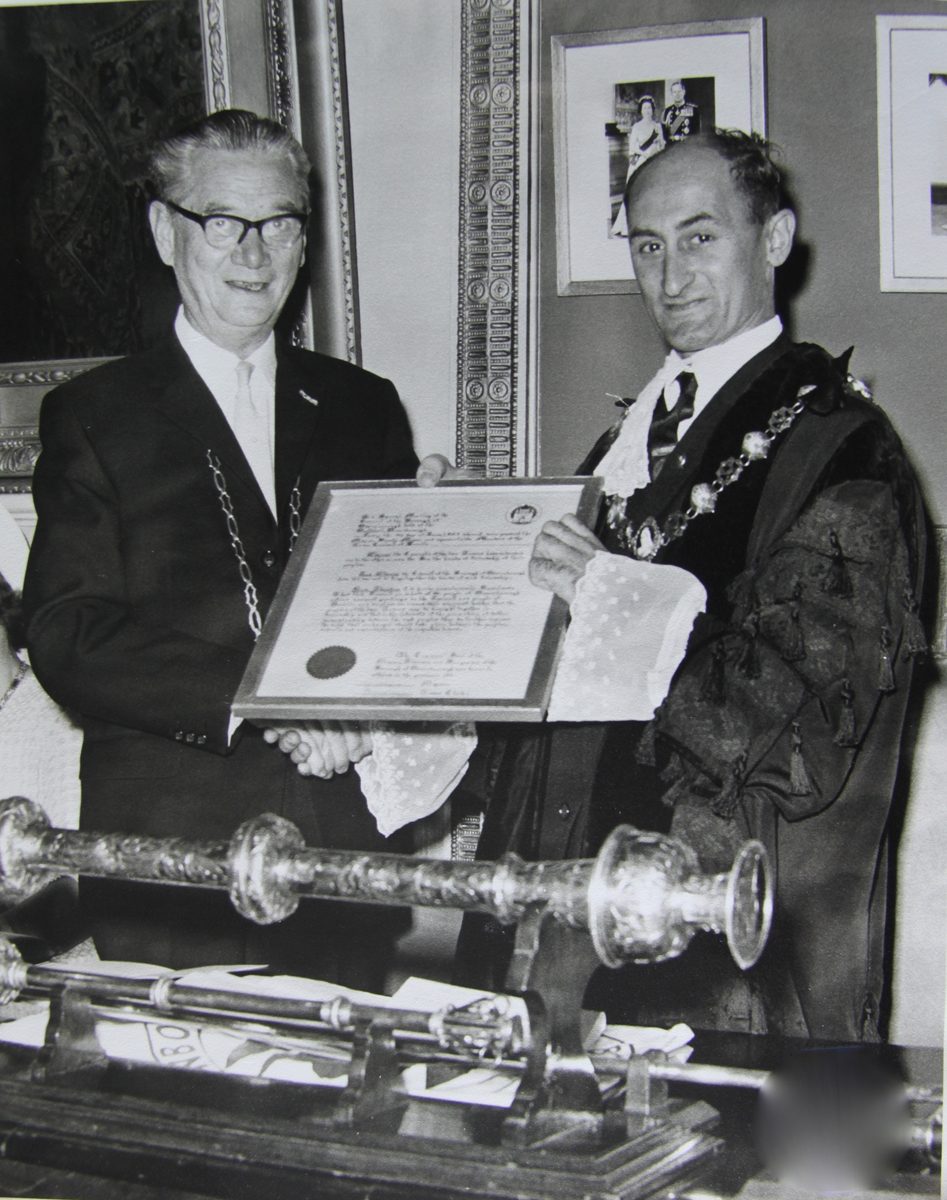 A ceremony was held at the Guildhall on June 17 1967 to officially hand back control of Queenborough to England by the Dutch.

A member of the public remembers:

‘In 1966 I went to Queenborough to watch the Dutch giving Queenborough back to England. We all sat on seats in front of the Guildhall and then the Dutch party officially returned the town to England amid much jollification. Following lots of speeches, the Dutch flag was lowered and was replaced by the English flag. The Dutch had never returned our town to England and always maintained that Sheppey belonged to Holland.‘ 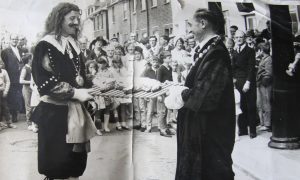 The official hand over to
Mayor William Flanagan 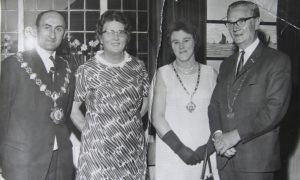 Mayor and Mayoress William and Joan
Flanagan with Dutch dignitaries